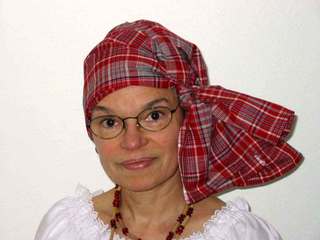 Regina Hanson was born and raised in Jamaica, West Indies. During her childhood, television had not yet reached the island. The family cherished books for entertainment as well as for education.

After high school, Hanson worked as a trainee journalist at The Daily Gleaner in Kingston, Jamaica. She attended Hunter College in New York City, graduating Phi Beta Kappa with a bachelor of arts degree in English and a minor in philosophy. Hanson returned to Jamaica to teach high school English. She later moved to Boulder, Colorado where she served on the staff of the University of Colorado.

Her first children’s story appeared in Highlights and was voted “Best of the Issue” by the magazine. Hanson’s work also has been published in Cricket and in Children’s Book Insider. Her realistic children’s fiction has been described as “both topical and universal.”

She has received the Américas Award for Children’s Literature, the Magazine Merit Honor Certificate for Fiction from the Society of Children’s Book Writers and Illustrators, the Skipping Stones Book Award, and children’s book and short story awards from the Colorado Authors’ League.

A Season for Mangoes
“...a powerful story about a young person’s...own personal goodbye to a beloved grandparent.”
--Booklist
The Face at the Window
“...this compelling picture book explores stereotypical misunderstandings and fears about mental disabilities.”
--The Bulletin of the Center for Children’s Books
The Tangerine Tree
“A stellar example of how children can share universal life experiences.”
--School Library Journal